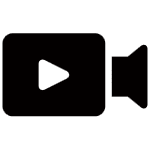 June 19, 2014-   Graham Ledger intro’d 5-6 minute segment with news clips and report of TX governor Perry putting state men on the border.  Then we talked about the flood of illegal youth across southern border; its causes, facilitators and needed solutions.

Thatcher referred to DHS Secretary Jeh Johnson’s assurance that these aliens are getting top priority for deportment proceedings as meaningless … each alien must be considered as a separate case, which will take years to get through the hearings and appeals process.  President Obama must meet with Mexico’s President Nieto to secure cooperation in interdicting those transiting Mexico to the U.S.  And we must understand that the migrants are coming because they’re being told by our flaunting of our own immigration laws that they will be allowed to stay.

We must flood El Salvador, Guatemala and Honduras with the message that their illegal migrants will not be allowed to stay, but that message will have little credibility until planes begin landing in San Salvador, Guatemala City and Tegucigalpa to return their migrant children. Listen to the Interview:YouTube – June 19, 2014