Adamant Aggressors  -  How To Recognize And Deal With Them

An award winning book... with nothing but the facts. 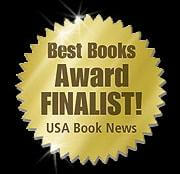 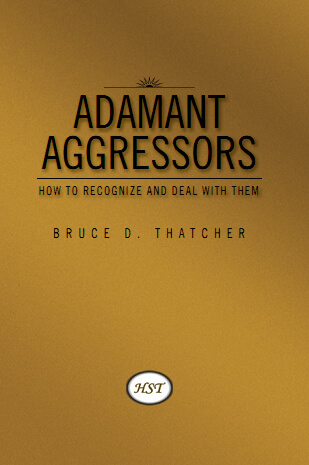 John VIII and Alexander XI failed to maintain defenses and close allies, and to confront Mehmed early with strength ... Constantinople fell and the Byzantine Empire was no more.

Obsessing on Texas and 'honor', Mexico's leaders chose an unwinnable war over waiting until Polk's term was over ... California, New Mexico, Arizona and more were lost forever.

France and Britain refused to act when they were stronger than Hitler, opting for successive concessions and 'peace for our time' ... 42 million people died in Europe during World War II.

U.S. and British leaders 'drew a line' and consistently stood up to Soviet aggressions beyond that line ... Stalin gave up; worldwide Communism went down.

Separate e-book digests are based on the cases in Adamant Aggressors.  Each includes the guidelines for identifying and dealing with adamant aggressors, and summarizes an action program for America’s leaders.  (They'll help you ask candidates penetrating questions during this election season.)

"... a 'must-follow' guideline that can and should be read by anyone...  Adamant Aggressors is a very comprehensive and thorough book in aggression analyses.  ... this is perhaps the most important material in terms of history and theory of political science so far."
Lit Amri, Readers' Favorite   Complete Review

"... an investigation that goes beyond recounting common historical facts to move into the realm of discussing why earlier recognition of aggressive approaches might have changed history.  Any history collection serious about analyzing historical trends for modern applications should consider this a top pick ..."
Diane Donovan, Midwest Book Review   Complete Review

Submit your own review to: