December 10, 2011-   Exclusive guest on Straight Talk Radio, one-hour radio show.  With host Larry Stancil, explored concept of adamant aggression.  Pointed out that failure to identify and deal effectively with adamant aggressors led to catastrophes for the Christian Byzantine/Eastern Roman Empire in 1453, Mexico in 1848, Europe in 1939 and Palestine in 1947-48.  Effectively identifying Stalin as an adamant aggressor and dealing within the guidelines outlined in book ultimately overcame international communism without another world war.

Agreed with Stancil that most of the things our government does vis-à-vis possible aggressors violate history’s guidelines for dealing effectively with such persons.  Understanding that adamant aggressors are persons, not nations or movements, we should insist that our leaders identify the specific persons in China, Iran, North Korea and Saudi Arabia whose goals present existential threats to America or its allies.

We also talked about History Speaks Today and why lessons of history aren’t remembered … because that’s not the way history is taught in our schools. Listen to excerpts from the Interview:Podcast - December 10, 2011 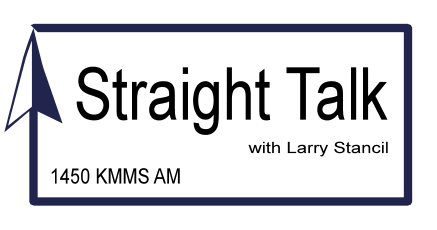