December 14, 2011-   McGuire featured Adamant Aggressors during first half-hour of Night Talker (7:00-7:30 p.m. EST).  Discussion stressed that the book is a practical guide, for today.  Thatcher pointed out that not all aggressors are adamant – obsessed with attaining inflexible goals through any feasible means.  But all adamant aggressors have clear long-term goal or goals that will diminish our well-being, are inflexible/unchanging/based on inviolate principles, and warrant any behavior or means for achievement.

We listed some of today’s adamant aggressors – bin Ladin, Khamenei, Kim Jon Il, etc.  Thatcher urged that America should be following history’s guidelines for dealing with them: clearly understand our own long-term interests and identify where the aggressors goals are in conflict; realize that an adamant aggressor will suspend operations only when he believes he can’t succeed, or when he dies; deal from a position of strength; and understand that any concession reinforces an adamant aggressor’s belief in ultimate success and guarantees renewed conflict at a later time.

Finally, Thatcher told McGuire and his listeners that time is of the essence – it’s easier and less costly to deal with adamant aggressors sooner, rather than later. Listen to the Interview:Podcast - December 14, 2011 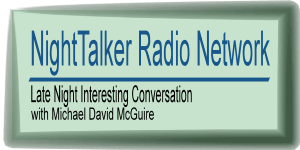