December 16, 2012 - We ranged over problems of immigration system including how limited appetite for tough issues may be prematurely sated with actions such as DREAM Act, border issues, immigration numbers, political expediency, etc.

Host (Roger) feels there’s a disconnect between people actually patrolling the border and their Washington bosses; the situation on the ground appears to be much different than what the administration says it is.  I summarized current immigration laws and policy, the institutional structures for implementation and enforcement, and the fed’s failure to enforce.  In the 1990s Roger rode with border patrols; agents were then very open about what they were doing and how they felt about it.  But now they seem reluctant to talk about their jobs; they've become very close-lipped.  We discussed how our present routine for handling illegals is frustrating and demoralizing.  Roger asked, “What else can you (we) do?”

I first asserted that building fences won’t solve the problem.  More than half of all illegals first enter the country legally, and once they’re in they stay, because we don’t do anything about it.  As long as we present the demand – better life and benefits – migrants who want to come here will find a way.  I cited my personal interaction with an illegal worker I know in Texas.

Roger ventured that “Politicians are terrified that they’ll do or say something that may scare away some voters.”  I disagreed in part by arguing that politicians are doing extra-legally what their political backers want.  Roger then offered his own experience with illegals when he was in business.  He hired them because they were in many ways better than their American co-workers.  He was criticized at the time for attracting illegals to this country, but he countered critics by pointing out that government provides far more incentives than he did.  People demonize businesses that hire illegals, but not the government officials who give them schooling, medical care, social services and a host of other welfare incentives.  I told about Singapore’s approach to government accountability as regards immigration.

We discussed the DREAM Act and whether it’s a good idea.  There are merits.  But note that the Act is focused entirely on the needs of illegal aliens.  There’s no consideration for any American national interest.  We need comprehensive reform, but the DREAM Act and its related executive short-circuit of legislative process drives attention and desire away from basic immigration problems and comprehensive reform.

Roger mentioned that states, especially those along the Mexican border, have real problems from illegal immigration.  I suggested we need to allocate funds to actually implement measures that were mandated long ago – much more than the current $12 billion currently allocated to border control.  Roger pointed out that states have attempted to deal with the problems, but the federal government often blocks them.  We discussed a specific California case.

Roger asked “What can we do?”  I responded that we must begin with a wide-ranging public debate on all aspects of immigration, maybe initiated by joint congressional hearings.  And the first matter we must settle is defining the national interest that immigration shall support.  Then we can logically deal with such matters as numbers, preferences – family, economic, refugee, religious, etc.  To put high-profile current concerns in context, Congress must step back and address all issues from the top down.  Roger summed it up: “Uphold the laws, or change the laws.  Don’t pick and choose which laws to enforce.” Listen to the Interview:Podcast - December 16, 2012 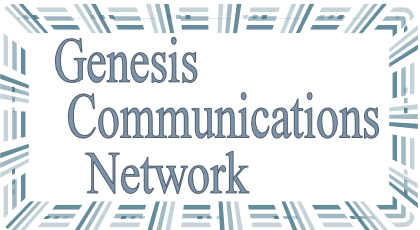